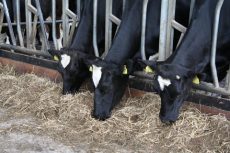 Brussels (Belgium) – Farm Europe, a new think tank, has been launched at the end of April. Farm Europe held its launch event with delegates from organisations representing the diversity of stakeholders involved in the European food chain as well as officials from the 3 institutions – European Parliament, European Commission and European Council.

The launch event provided an opportunity to present Farm Europe vision of the challenges to come for the European agri-food sector. As an introduction to the debate on the future of EU farming as a whole, Mr. Joost Korte, Deputy Director General at the European Commission, was invited to give his views on the state of play for EU agriculture. The launch event has thus provided the Framework For Action programme that Farm Europe will embark on for 2015. Farm Europe will start working on 5 key topics in relation to EU food systems: growth, sustainability, resilience, the food chain and trade.

Farm Europe’s thinking process will be the responsibility of a team of Farm Europe experts in agriculture, food, environment and trade policies, namely:
Joao Pacheco – Former Deputy Director General in DG AGRI. Joao has held multiple top-level positions in the European Commission in DG AGRI. He has also served as European Union Ambassador to Brazil. Joao has extensive experience in multilateral and bilateral trade relations. He brings over 30 years of top European government trade and agriculture policy as well as private sector experience.
Lars Hoelgaard – Former Deputy Director General in DG AGRI. He worked in the Danish Ministry of Agriculture before joining the Commission. Lars has served the European Commission for many years in different positions, being a key player in the horizontal and sectorial reforms of the Common Agricultural Policy (CAP). For the last few years, Lars has worked as Special Advisor to the EU Commissioner for Climate Action.
Yves Madre – Madre is an agronomist and economist. He was senior advisor to European Commissioner for agriculture and rural development during the last CAP reform. Before that Yves worked in the French Ministry of Agriculture in Paris, and advised food companies and governments in London, Brussels Hungary, Poland and Slovenia. He has an in-depth knowledge of international negotiations, agriculture and food policies.
Luc Vernet – Vernet graduated at CFPJ (Journalism, Paris) and holds an MSc in History. He served the European Commission as Speechwriter to the Commissioner for agriculture and rural development. Before that he worked as a journalist, both in Paris and Brussels, reporting on EU affairs with a special focus on food, environment and agriculture.
More experts will be joining Farm Europe in due course.

The think tank will work with organisations which strongly believe that the European project needs to be further developed – not dismantled – and that sustainability can go hand in hand with economic ambition. Agriculture and food policies are key levers to create sustainable growth and jobs for the EU.

Farm Europe gathers expertise from public and private organisations and companies that are willing to invest in future ideas to strengthen, modernise and develop further common EU policies that impact upon agriculture and food systems – energy, sanitary and health issues, environment, agriculture, climate and trade aspects. These policies have been central to the European project since the 1960s and are necessary to evolve towards more effectiveness and to stick to the reality of a fast changing world. 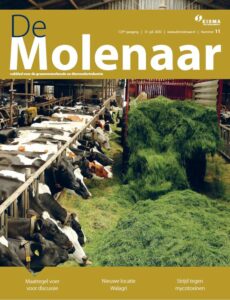