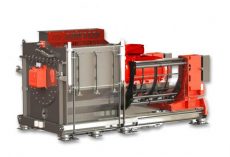 The newest Hamex Hammer Mill fitted with a semiautomatic screen changing system was developed to provide users who regularly switch from one product to another with increased speed, convenience and energy savings. The semiautomatic screen changer allows the user to quickly change screens without stopping the grinding rotor. This minimizes downtime during the grinding process and maximizes production capacity.

In its newest hammer mill, Dinnissen has improved the inflow of ingredients by integrating rock traps and magnets into the design. This innovative feature prevents damage to the screens from iron particles or hard objects.

In the new Hamex Hammer Mill, the screen holder is also fitted with an extra-wide screen opening that opens automatically, making it easier to carry out maintenance and/or replace worn-out screens and further minimizing downtime. Finally, Dinnissen further improved the design of the screen holder, thereby eliminating the loss of product to other parts of the production process. The end result is that damage is prevented to the screen panels and waste is minimized.

During the Victam in Cologne, Dinnissen introduces its newest Hamex Hammer Mill fitted with a semiautomatic screen changer. For more information, please visit stand B 031 of Dinnissen Process Technology can be found at Victam booth B 031. Information on the innovation can also be found on the website at www.dinnissen.nl. 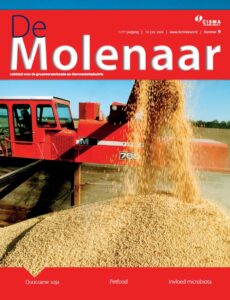