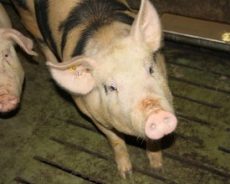 Brussels (Belgium) ‒ The meat industry is worried about the drastic situation hitting the EU meat market and welcomes some positive aspects of the meeting that the EU Farm Ministers held on September 7th.

The European Livestock and Meat Trades Union (UECBV) shares the conclusion of the EU Commission: the EU pork market is under pressure, for the second year in a row. Obviously, the Russian political embargo, the EU’s weak consumption and the increase of production have a significant negative impact.

“The current export is not so encouraging. In the first half of 2015, the EU export increased by 3.7% in comparison to the same period of 2014. However, during that period the EU exports dropped by 8.4% because of the Russian sanitary ban. In fact, in comparison to the corresponding period of 2013, the EU pork export dropped by 5.4% during the first six months of 2015”, states UECBV.

Furthermore, if the Chinese, South Korean and Australian markets have performed very well so far in 2015, to the contrary, for other important outlets, the EU exports diminished. For instance, the fall amounts to 39% in the case of Hong Kong, 18% in the case of Japan. “In addition, the demand may become weaker because of the impact of the financial crisis in some Asian markets and the drop in the oil prices.”

“Therefore, there is a strong need for diversification of the EU exports thank to effective new markets, but also to the re-opening of the existing ones,” according to UECBV.

In that context, UECBV noted, that, at the last EU Farm Ministers meeting, the delegations stressed the importance of finalising the negotiation with Russia on sanitary restrictions for pork that is not covered by the political embargo. “If the EU Commission handles these negotiations successfully, that will have a positive impact on the pork market.”