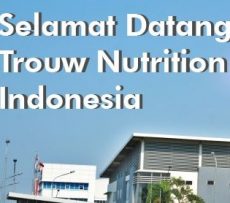 The new premix plant in East Java is Nutreco’s second premix plant in Indonesia and its fifth in Asia. It has a 12,000 ton premix and farm minerals capacity and will employ 20 people. This expansion allows Trouw Nutrition to better serve Indonesian farmers and feed mills through enhanced nutritional services and faster response times.

The plant in Hunan was originally constructed in 1999 and was designed primarily to produce compound feed. It has been upgraded to a premix, farm minerals and young animal feed plant to meet the growing demand for high quality, sustainable animal nutrition products in Central and Southern China. It has a capacity of 75,000 tons and will employ 200 people.