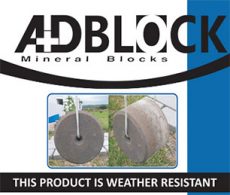 Amersfoort (The Netherlands)  – Nutreco has entered into an agreement to acquire Advit, a South African premix and feed additive company. Advit is headquartered in Johannesburg and produces a wide range of premixes, farm minerals and animal health products. Trouw Nutrition, Nutreco’s animal nutrition business, entered a strategic alliance with Advit in 2015. The acquisition is subject to regulatory approval and is expected to close in the second half of 2016.

South Africa is the largest and most advanced animal nutrition market in Africa. Advit has a solid market position for all livestock species. It operates country-wide and also exports to neighbouring countries.

Harm de Wildt, Managing Director for Nutreco´s operations in EMEA and member of the Executive Committee: “With the acquisition of Advit we further strengthen our presence on the African continent. The company already has a strong position and reputation in the market. We can help it grow further using the Trouw Nutrition market approach of combining technical and application know-how with innovative products, models and services. Advit will serve as a stepping stone for further developments in southern Africa.”

Christel Coetzee and Deon Elsworth, owners of Advit: “Based on the experience of the existing strategic alliance we have with Trouw Nutrition, we are convinced that this deal is the best step for the future of Advit. Not only will it enable further growth within South Africa, it also will strengthen our position in neighbouring countries.”

More than half of the projected global population growth in the coming decades will take place in Africa. The continent will have added 1.3 billion people by 2050, roughly equivalent to the current population of China. This investment is one of the steps in Nutreco’s strategy to expand in Africa.