Ede (The Netherlands)  ̶  De Heus Myanmar celebrated the opening of its second production site in Myanmar. This modern production facility will enable De Heus to strengthen its market position and help professionalise agriculture in the region.

For several years, De Heus Myanmar has had a sales warehouse in Mandalay to flexibly supply customers in the region. “Based on growing demand, the identified high potential and our company’s commitment to our local customers, we decided to invest in this new factory quite soon after opening our first factory back in October 2016. We hope that this new production facility will enable us to support the livestock farmers even better.”

During the opening ceremony, Van den Ban said: “Due to our commitment to high product quality and supporting local farmers with global knowledge, we have seen growth in the use of our products in Myanmar. We want to bring new knowledge to Myanmar in order to further increase the production of animal protein in this beautiful country and contribute to the professionalization of the livestock sector.” 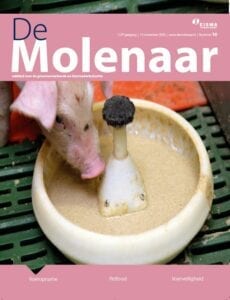