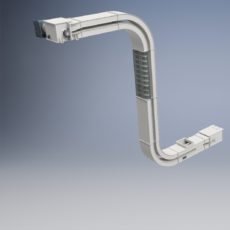 Every hour, 30 tons of malt and barley are transported up to a height of no less than 30 metres in the explosion-proof plant. The brewer’s investment in this Atex-compliant Z-Conveyor meant that less money had to be spent on explosion proofing elsewhere in the plant. In addition, the Z-Conveyor is energy-efficient and transports the malt and barley without damage.

The Atex-compliant Z-Conveyor is designed for transporting potentially explosive, dry products. There is no risk of explosion because the Z-Conveyor operates perfectly at speeds well below 1 m/s. Thanks to this unique characteristic and other features of the Z-Conveyor, the brewery in Algiers was able to avoid investing significant amounts in compartmentalisation, explosion suppression, explosion venting, skew prevention, automation and maintenance in order to achieve full Atex protection.

The Z-Conveyor is capable of transporting large volumes (5 m3 to 220 m3 per hour) of dry products horizontally, diagonally and vertically up to significant heights. Until now, Poeth had mainly supplied Z-Conveyors for transporting products up to a height of 10 metres. In Algiers, Poeth successfully designed and built an explosion-proof Z-Conveyor that effortlessly transports malt and barley up to a height of 30 metres. This makes the system in Algiers the largest and highest conveyor ever supplied by Poeth.

The Z-Conveyor from Poeth can be installed without a roof superstructure, underground silos or pits.  This type of  conveyor transports raw materials gently and without damage. This characteristic makes the new transport system particularly suitable for malt and barley in this beer brewery.