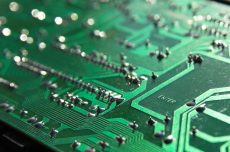 Several automation active in the feed industry joined forces in order to support the implementationa of CVB-data in feed formulation software. The initiative was taken by the Belgium based company Adifo and joined by its colleagues Koerhuis, Actemium and Rovecom.

CVB-data, the combination of the model’s matrix values and the option to accurately calculate nutritional values, is of utmost importance to the feed industry. The CVB-model became an industry standard over the years.

When ownership of CVB changed, the implementation of CVB-data in formulation software was no longer guaranteed. However, since the BFA just recently started to finance CVB, BFA members felt a greater urgency to get something done.

Peter De Letter, product manager at Adifo, contacted several competitive colleagues (Koerhuis, Actemium, Rovecom) with whom Adifo agreed to collaboratively in order to create a uniform interface/reading module for CVB-data in their own software. Additionally, Agroconnect, an organization that provides data exchange standards, agreed to take the role of coordinator between the feed formulation software companies, Q-Ray (CVB-database administrator) and CVB upon themselves.

Adifo hopes this situation will be resolved quickly and with a positive outcome for those involved.