Home » Berichten » English newsitems » ForFarmers; ‘Result 2019 not what we hoped for’ 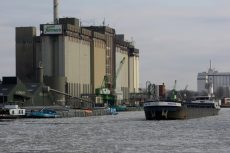 Eventhough the amount of total feed sold remained stable, the overall result over 2019 was not what ForFarmers hoped for. “For the first time in my career at the company I’m not happy with the end of year results”, stated CEO Yoram Knoop at the press conference.

The year 2019 started unfavourable for the largest feed company in The Netherlands. Due to a less favourable purchasing position in the first half of the year, the company result was put under severe pressure. “We decided that farmers wouldn’t be effected by this incident, therefor this incident had an impact on the financial position of the company as a whole”, according to Knoop. He also emphasized the company took measures to prevent a similar incident in purchasing choices in future. “We have further tightened our purchasing procedure in order to minimise the chance of such a risk recurring.”

In the second half of 2019, ForFarmers realised better results despite further like-for-like volume decline due to challenging market circumstances in all countries except for Poland. Knoop: “This was, among other things, due to the implementation of our efficiency plans, which included the closure of five mills. We are well on track with the realisation of the earlier announced €10 million cost saving in 2021, compared to 2018.”

The integration of the four companies which ForFarms acquired in 2018 was completed in 2019. “Our market positions have been strengthened through these acquisitions”, stated Knoop. “We are pleased Tasomix’s volumes are increasing in the growth market Poland. Consequently, our market share in the growing European poultry sector is expanding.”

Volume development in the United Kingdom is slower than anticipated, which is why a goodwill impairment was required, according to ForFarmers.

Knoop: “We see market circumstances in which we operate changing rapidly. This is mainly the case in our home market the Netherlands where, as of the second half of 2019 the political debate about the necessity to reduce nitrogen emissions, is creating an uncertain outlook for livestock farming. Although the government declared that it was not a goal in itself to reduce livestock numbers, it has become clear that the proposed measures will in due course definitely lead to a small decline in animal numbers.”

Apart from changing market circumstances ForFarmers also recognises that animal diseases have a large impact on the sector for already some time. African swine fever has resulted in more export of pig meat and poultry products to China and a sharp rise in pig prices. In the meantime however, the illness has also been detected among wild boars in regions including Poland and close to the German border. Poultry farmers are also on the alert because the contagious version of avian flu has been detected among wild birds in Poland. “We are monitoring this closely. During past years important steps have been made in determining hygiene protocols and in collaboration in the sector to combat spreading of animal diseases.”

According to Knoop the market positions of ForFarmers and its scale form a solid base. “From this base our company can continue to create value for our stakeholders in the current new reality.” ForFarmers will announce the strategy for the years 2020 -2025 on 12 May 2020. 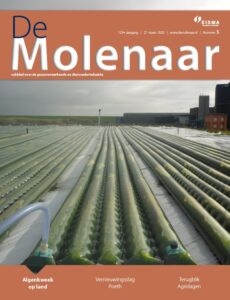