AB Vista has appointed Juan Ignacio Fernandez as its new Managing Director, replacing Richard Cooper who has retired after 16 years in the role.

Fernandez, the former Sales Director for the EMEA region, has taken over the Managing Director role September 1st. Fernandez is an Agriculture Engineer by training with animal production specialisation and holds an MBA along with various qualifications in animal nutrition. He has over 25 years of experience in the industry, having worked for different feed additives companies before joining AB Vista in 2015.

Departing Managing Director Cooper has been synonymous with the AB Vista brand since its launch in 2005 and has taken the company from a start-up, to becoming a highly respected global player with top three market share positions in its core segments.

During his tenure, the business’s product and services portfolio has grown to span poultry, swine, ruminant and aquaculture sectors. In addition, Cooper oversaw the introduction of the Quantum Blue superdosing concept, which is widely credited for bringing about a step change in Phytase use, where improved Feed Conversion efficiency became as important as Phytate release.

“Richard will be a tough act to follow, but it has been immensely beneficial to have had the opportunity to work so closely with him over the past three years,” according to Fernandez.

“The industry is not without its challenges, particularly in current times. However, AB Vista has consistently demonstrated its ability to bring scientific advancements to the animal nutrition industry with products such as Quantum Blue and more recently Signis. I will be looking to continue to build upon the company’s success in feed enzymes, applying the strengths of AB Vista to the wider feed additive market.

“We have a very strong team here at AB Vista with diverse knowledge, skills, experiences and backgrounds. I’m confident the passion and tenacity of our team will lead us to continued success in the coming years,” says Fernandez.

José Nobre, Chief Executive Officer, for AB Vista’s parent company AB Agri, said: “We offer our thanks and congratulations to Richard for all he has achieved during his time with AB Vista and wish him a long and happy retirement. Richard can leave our family knowing it will be in very safe hands. Juan Ignacio has been a valued member of our Leadership Team for some time and his appointment is a very positive move for our business.” 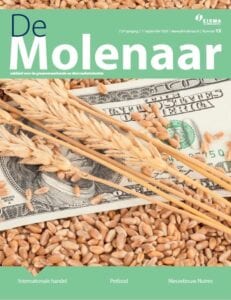