Over the year 2020 feed company ForFarmers produced less feed but the nett revenue increased. “We look back on a turbulent year”, concludes Yoram Knoop, CEO of ForFarmers.

The year 2020 was dominated by the outbreak of Covid-19 and its consequences. Furthermore the agricultural sector was confronted with several animal diseases such as Avian influence (AI) and African Swine Fever (ASF). “Given the circumstances, our results are more than satisfactory,” states Knoops. ForFarmers concludes it is hard to predict how long the Covid-19 measures will be sustained. Therefor the company decided to take a goodwill impairment on the companies Polish activities. “Despite this we remain optimistic about the growth opportunities in the Polish sector.”

“Looking ahead, I have great confidence in our Build to Grow 2025 strategy despite the ongoing uncertainty,” says the CEO. “Following its launch in September last year the strategy has got off to a good start, with progress for example in terms of next-level innovation projects and of course the recent acquisitions.” ForFarmers acquired poultry feed company De Hoop Mengvoeders in the Netherlands in beginning 2021 and the Mühldorfer Pferdefutter equine feed brand in Germany.

The decline in demand for products from farmers meant that ForFarmers did experience pressure on volumes, with margins also coming under pressure in the second half of 2020, especially in Poland and the United Kingdom. It is difficult to indicate exactly what part of the volume decline can be attributed to the Covid-19 effect, as there was also margin pressure due to other factors including animal diseases in some markets and regulation effects especially in the Netherlands. Partly due to the execution of the already existing efficiency plans, ForFarmers was able to further reduce some of its costs relatively quickly and make other costs more flexible. This explains why the cost reduction was relatively larger than the volume decline.

In 2020, African swine fever was detected among wild boars in eastern Germany however, resulting in export bans from Germany to non-EU countries. Belgian pig farmers, on the other hand, have recently been allowed to start exporting worldwide again as the swine fever is no longer present in the country.

Poultry farmers were also faced with animal diseases. At the beginning of 2020, the contagious version of bird flu was detected among wild birds in Poland. Later in the year, bird flu also emerged in other European countries, including the Netherlands.

Animal diseases remain a source of concern for the livestock farming industry, although important steps have been made during past years in determining hygiene protocols and collaborating in the sector to combat spreading of animal diseases.

Raw material prices soared in the second half of 2020. Experts attribute this partly to the drought in South America, especially Brazil and parts of Argentina. In addition, they refer to speculative buying by asset managers and traders seeking to spread the risk in their portfolios beyond bonds and equities. Prices for various raw materials were up to more than 30 percent higher at the end of 2020 compared to a year earlier. Fluctuations in raw material prices are generally passed on to customers, but it is not always possible to pass them on in time or in full.

The pressure on the agricultural sector to reduce its impact on the environment will remain and is expected to lead to a reduction in animal numbers in certain countries. The focus on quality and welfare concepts is increasing. “ForFarmers has a strong position in these concepts.”

Looking at the longer period, ForFarmers expects limited growth of the European dairy sector, a decrease in the beef and pig sectors and slight growth in the poultry sector. “Global demand for milk, meat and eggs will continue to grow.” Producers in Northwest Europe in particular will continue to face increasing sustainability and environmental measures, dampening their growth opportunities.

ForFarmers expects rapid recovery of the poultry sector in Poland, the largest European exporter of poultry products, once the stringent Covid measures start to ease.

Based on the framework of the strategy Build to Grow the feed company is looking for expansion of its business, also by means of acquisitions. “Our scope is not limited to the countries we are already active in. By 2025 we aim to be active in seven countries, which don’t necessarily have to be European countries,” states Knoop. 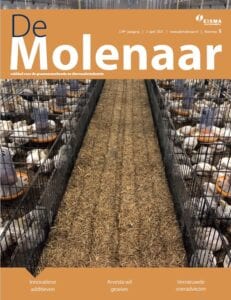