Global grains and oilseeds trade will continue to grow, strongly driven by rising demand from Asia and Africa and increased exports from the Americas and the Black Sea Region. This is one of the conclusion Rabobank draws from the World Grains and Oilseeds Map 2021.

Rabobank released its World Grains & Oilseeds Map 2021, showing trade flows across the globe and key insights for the sector from the last five years. Its analysis reveals that, in this period, the global trade volume of all grains and oilseeds increased by about 120 m metric tons at a 3.5 percent compound annual growth rate (CAGR).

However, the pace of growth decreased when compared to the 6 percent CAGR, or 160m metric tons, of the previous five years. Although oilseed complex prices declined during this period, the upside in grain prices, coupled with the total trade volume increase, resulted in a 17 percent increase in the total value of flows.

“Income and population are expected to continue to drive long-term growth in trade flows, while changes in consumer dietary habits might cause further shifts in those flows,” according to Vito Martielli, Senior Analyst – Grains & Oilseeds for Rabobank. “Moreover, the growing movement toward protectionism could undermine the benefits of international trade, which is crucial to food security,” Martielli added.

Rabobank’s analysis shows Africa as the rising grains and oilseeds importer. The main agri commodities imported into the continent are wheat, corn, rice, soybeans, and palm oil. Egypt has become a key importer of feed grains and oilseeds, driven by a large population and growing feed demand.

During the next ten years, Brazil’s future production growth is expected to continue to take the lead above the US and Argentina as a result of positive farm margins and land availability. “We estimate Brazil’s soybean production will reach 155m metric tons by 2030, versus 122m in 2019/20, with soybean area growth likely to come at the expense of underutilized pastureland,” says Afonso. Meanwhile, Brazil’s export terminals in the Northern Arc will help to ensure the future flow of exports.

The Danube and Black Sea Region has emerged as the third-largest G&O-exporting region worldwide, after the US and Brazil. By 2030, this region will further strengthen its position due to a number of aspects: its strategic location close to large-consuming and fast-growing regions, strong price competitiveness, good-quality soil, and sufficient growth potential in land bank and yields. 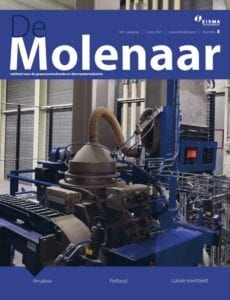