Bovaer is a novel methane-reducing feed additive for ruminants. Mauricio Adade, president DSM Latin America, comments: “We are excited that we got these authorizations in Brazil and Chile. This  makes Latin America the first continent to get approvals for Bovaer.”

The Brazilian and Chilean regulatory authorities evaluated Bovaer and included all ruminants and both beef and dairy in their approval. A beef trial with Bovaer at Sao Paolo State University (UNESP) in Brazil conducted in 2016-2017, showed enteric methane emission reductions up to 55%. “This highlights the potential of Bovaer for radically more sustainable cattle farming in Latin America. We are looking forward to collaborating with the Brazilian and Chilean farming sectors to further lower their carbon footprint.”

Mark van Nieuwland, Program Director at DSM: ”The recent IPCC’s climate change report is a massive wake-up call for us all. The IPCC (Intergovernmental Panel on Climate Change) stated that a rapid reduction of methane emissions could reduce the spread of global warming in the near term and have a positive effect on air quality. We know the agricultural and livestock sectors recognize this opportunity and are eager to act. We will now gradually scale up our commercialization activities and prepare our supply chain with a special focus on Brazil and Chile.”

“DSM´s initiative to reduce the cattle herd´s methane emissions through feed is a corporate solution aligned with the challenges we face ahead and is also an effective way to transition towards a net zero economy”, comments Marina Grossi, President of the Brazilian Business Council for Sustainable Development. 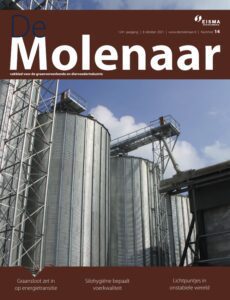