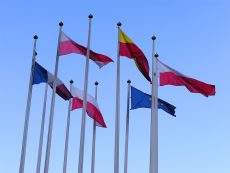 The demand for compound feed will decrease by 5 million tons in 2022 to 145 million tons. The spread of animal diseases and the economic consequences of the war in Ukraine are the main factors reducing demand. This is reported by the European feed federation Fefac.

The decrease (3.5%) is comparable to the level of 2021 when the total European compound feed production amounted to 150 million tons.

Major producer countries forecast an annual production decline of -8.8 to -1.5% due to supply chain disruptions and the spread of animal diseases in 2022.

Only feed producers in the Baltic States, Ireland, Poland, Bulgaria and Slovenia are expected to keep feed production at a comparable level to last year.

At the European level, all important animal feed sectors are faced with a reduction. The pig feed sector is probably the most affected. Production is estimated to decrease by 5.6%. This is mainly due to higher production costs and animal health problems such as African swine fever. According to Fefac, the situation is especially critical in Belgium (-11%), Denmark (-9%), Portugal (-8.4%), Germany (-8%), and the Czech Republic (-7.4%).

The Netherlands and Belgium continue to reduce their pig herds to reduce environmental emissions in agriculture. Romania and Poland hit hard by ASF

The EU poultry feed sector will see a -3.4% drop in production in 2022 compared to the previous year. This is mainly due to the spread of bird flu across the EU, where France, Belgium, Italy and Hungary are particularly hard hit countries. Due to the increased production costs (feed, energy, packaging) for both eggs and poultry, farmers are postponing new production cycles/flock rotations. The EU’s trade policy providing temporary access to “zero tariff, zero quota” for Ukrainian products entering the EU led to significant imports of poultry meat and eggs in July and August.

Forage production is expected to fall by -1.3% compared to the previous year, despite increased compound feed sales during the summer months when grass yields were negatively impacted in the EU. The disappointing maize harvest in the EU (-19%) may lead to a turnaround in the feed ratio in favor of feed wheat, which will displace maize. Rising utility costs, economic uncertainty, rising costs related to environmental and animal welfare policies and the expected persistence of animal diseases are identified by Fefac experts as the key market drivers for 2023.

A key challenge for the grain and oilseeds market, according to Fefac, remains uncertainty about the continuation of the Black Sea grain corridor initiative and the pace of expanding EU solidarity routes to keep Ukrainian grain exports operational during the new sales year. 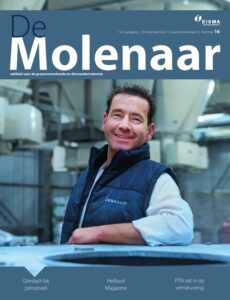