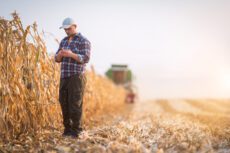 Similar to 2021, widespread drought throughout Europe during the 2022 growing season has directly impacted the presence of moulds and mycotoxins in new crop grains and forages. Mycotoxins are produced by certain species of moulds and are a concern for livestock producers as they can influence feed quality and subsequent animal health and performance. The Alltech 2022 European Harvest Analysis uncovers the true threat mycotoxins pose to animals and producers. To determine the most accurate representation of mycotoxin risk across Europe, Alltech has again collaborated with SGS, a global leader in mycotoxin testing and certification. Data for this programme has been collected for key feed ingredients on a regional level, and analysis indicates moderate to high levels of mycotoxin risk.

The results of the 2022 analysis are based on over 1,000 samples of the most common grains and forages produced and used in the European livestock industry. Samples have been collected from farms or animal feed production sites in 20 different countries, offering a representative picture of the contamination risk in all regions, with an overall moderate to high risk.

”Generally, the current results look very similar to the analysis we performed in 2021, with the aflatoxin issue in Central and Southeastern Europe dominating the headlines and creating the greatest challenge for feed and livestock producers to manage,” said Dr. Radka Borutova, European technical support manager with the Alltech Mycotoxin Management team. “Although this analysis gives a robust assessment of the mycotoxin risk in Europe this year until you actually test the ingredients that you are using in your business, it can be difficult to implement an effective control plan.’’

Key results from the Alltech 2022 European Harvest Analysis include:

The aflatoxin challenge in corn

For the second year running, aflatoxin contamination of corn in Central and Southeastern Europe is a dominant issue for feed and livestock producers to consider as they begin to purchase and use ingredients during the coming feeding season. Aflatoxin is a warm-weather toxin, and the widespread extreme heat conditions during the main growing season are likely to have contributed to the levels appearing in corn samples.

Mycotoxin levels in wheat and barley are less than those contained in corn. While the average number of mycotoxins detected in many corn samples is above 5, in small grains, it is typically closer to 3 This variance is reflected in the risk equivalent quantity (REQ) and the risk of feeding these ingredients to specific species and animal groups. For instance, in sows and gilts, this year’s corn samples represent moderate to higher risk of mycotoxins, but when small grains are fed to the same animals, the mycotoxin risk is deemed to be lower.

Although widely used in ruminant diets and swine bedding, contamination of straw with mycotoxins is often overlooked. However, as testing in Denmark continues to reveal, straw samples primarily contain higher levels of mycotoxins. DON is the leading mycotoxin of concern and is likely resulting from a combination of pre- and post-harvest contamination. The problem can be exacerbated when straw is left in the field for a prolonged period, exposed to rain and dampness.

In all regions of Europe, grass and corn silage samples contained levels of mycotoxins that would be deemed higher risk for use in dairy production. The presence of elevated levels of Penicillium toxins are seen as the main contributor to this risk. 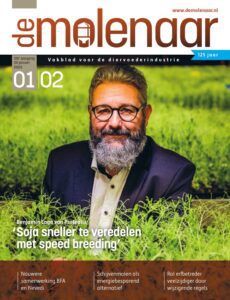